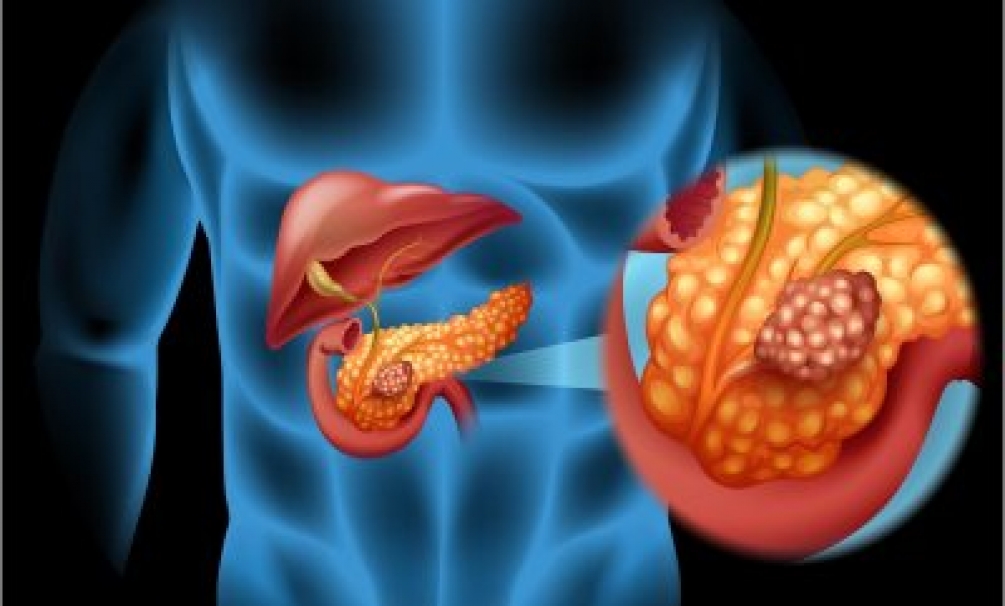 Removal of a single gene is capable of eradicating pancreatic cancer 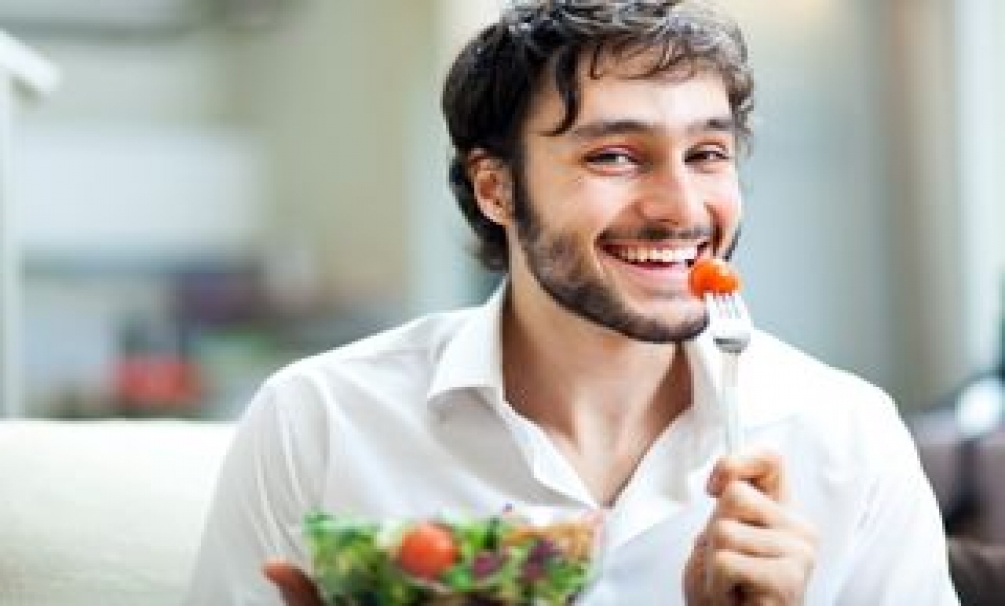 There are numerous factors leading to depression in humans and making proper amendments in diet can drive each of them. Research was conducted by making a depressed group of people go 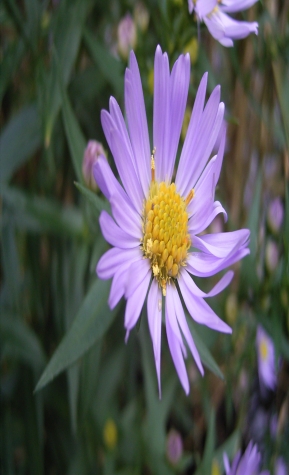 A recent study on the effect of sleeplessness and excessive work pressure has proven the effects to be fatal. Cardiovascular death in people with hypertension is found to be on the higher side with regular lack of sleep. In the study, comparative analysis between hypertensive insomniac people and their peers who experienced less work related stress was conducted, from which the results seemed to prove increased risk of fatality. Even though either of these factors is enough to increase chances of death, the rate is higher when both combines in an individual’s daily life. Prof. Karl-Heinz Ladwig reports that living under such conditions for over years consistently will result in gradual replenishing of resources and energy in human body. Cardiovascular diseases can be caused by controllable as well as uncontrollable factors. While increasing age, biological sex, and heredity are uncontrollable factors, smoking habits, high blood cholesterol high blood pressure, physical inactivity, and being overweight are amendable. Prof. Ladwig says that it would be a good idea for employers to offer stress management and sleep treatment in the workplace, while doctors should discuss sleep and job stress with people who have hypertension and may have a higher risk of issues with their cardiovascular health.

Removal of a single gene is capable of eradicating pancreatic cancer

Researchers on zooming and removing just once cell using a mouse model of pancreatic cancer, was able to stop rapid progression as well as remove pancreatic cancer completely. Pancreatic cancer is a totally aggressive type of cancer, which reveals its existence only in an advanced stage and escapes any effect of medicines. It is estimated to become the world’s second leading cause of death by 2020. New cases are reported frequently and 2019 is expected to witness 56,770 new cases which might lead to about 45,750 deaths. KRAS oncogene was recognised as the key element behind cause of pancreatic cancer until recently when another gene (ATDC gene) whose action is crucial on development of pancreatic cancer was identified. At first, the researchers expected the removal of ATDC gene to slow the progress of pancreatic cancer. Instead, they were surprised by the breakthrough result in which the cancer as a whole got eradicated. Further experiments conducted by the researchers revealed additional details of the chain reaction mechanism that explains how the ATDC gene ends up triggering cancer. They have also identified another signalling protein and gene which play roles in triggering considerable development of the cancer.

There are numerous factors leading to depression in humans and making proper amendments in diet can drive each of them. Research was conducted by making a depressed group of people go through controlled diet and one on one counselling sessions. They were asked to focus on including whole foods in their diet and to avoid refined foods, sweets, and fried food for a period of 12 weeks. Dieters showed greatly reduced symptoms when compared to other groups. In addition, more than 32 percent of participants experienced remission, and hence were no longer considered depressed. Following are the foods playing an active role in reducing depression: 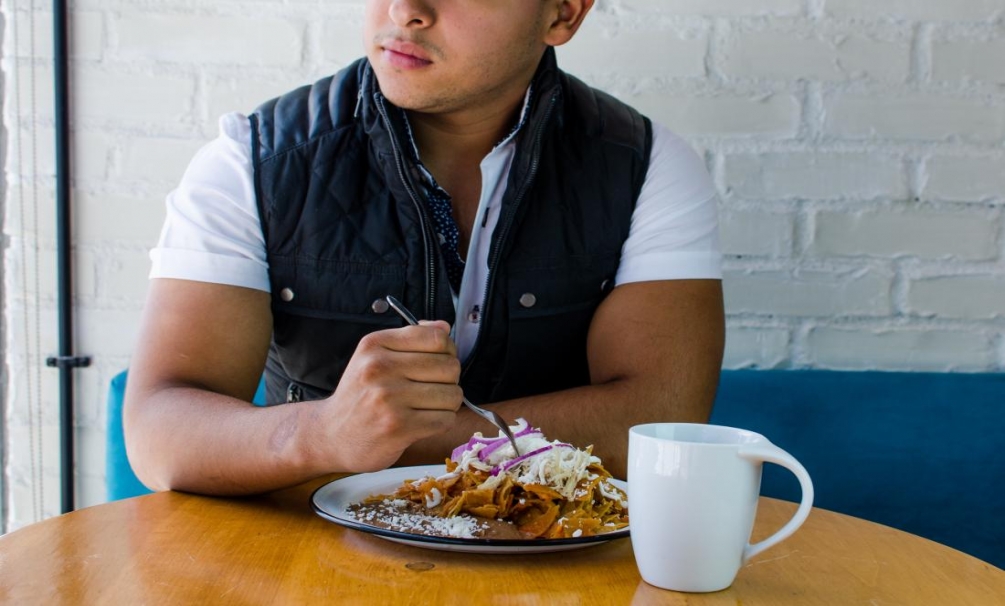 Among the many factors leading to type 2 diabetes, modifiable factors are lifestyle and diet pattern. By putting a short leash on these factors, a subsequent reduction in risk of type 2 diabetes is experienced. In a recent research, checking on diet and keeping all meals inside

9-hour time frame is found to reduce type 2 diabetes in men risking it. It is an age old proven factor that controlling what we eat will reflect on the blood sugar levels of any individual, help keep weight under control as well as eliminate glucose intolerance. But this recent study has proven that, not just what we eat, when we eat is also a factor to be considered with care.Research was conducted on individuals who were aged between 30 and 70 years and each of them had a waist circumference of at least 102 centimeters who agreed to eat their meals within a specific 9-hour time frame every day. They were asked to eat whatever food they normally consume without any restrictions and only the time frame had to be followed strictly. Blood glucose level of all the participants were under regular check every day. In the end, results reflected increased control in blood glucose as well as a slight drop in body weight proving the positive impacts of having rigid meal timings. 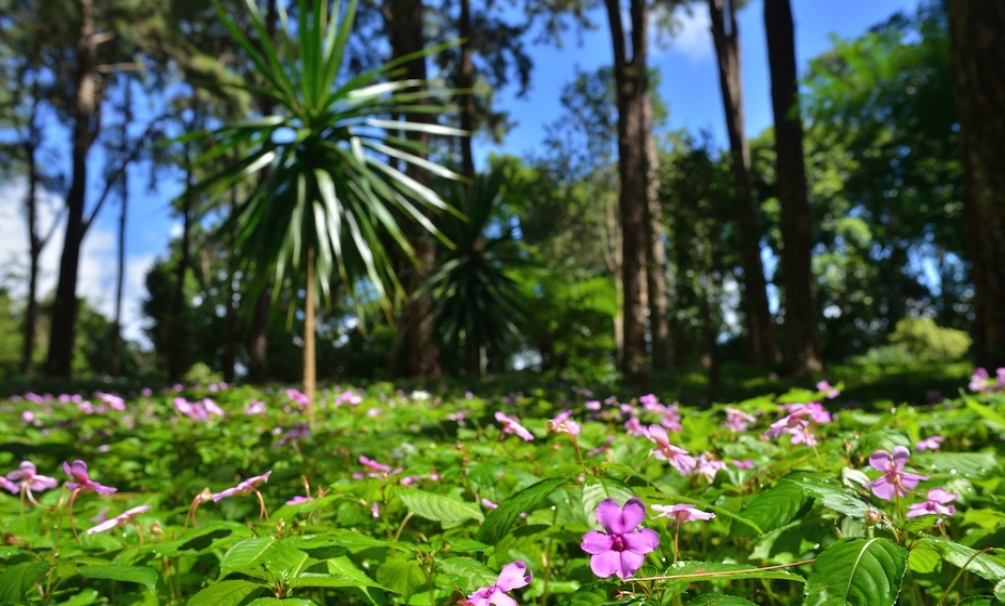 Recent research comes out with the information that medicinal herbs found in Mauritius have properties which can put a halt to the development of cancer cells. Widespread are the researches carried out in the field of cancer treatment but it’s a long way ahead and determinant scientists are conducting researches based on any potential resources they could lay hands on. The isolated existence of Mauritius islands has given unique properties and benefits to its plants. The medicinal properties exhibited by this island’s herbs are not found anywhere else in the world. The latest study shows that these plants have properties which can cure oesophageal cancer, which is the 7th most common cancer in men and 13th in women. The specific causes of oesophageal cancer are unknown, but chronic irritation of the oesophagus may contribute to changes that lead to cancer. Factors that may irritate the cells include gastroesophageal reflux disease (GERD), smoking, obesity, and alcohol. Scientists involved in analysing the extracts of local medicinal herbs Acalypha integrifolia, Eugenia tinifolia, and Labourdonnaisia glauca that only grow in Mauritius have found that certain chemicals in these plants carry antitumor properties. 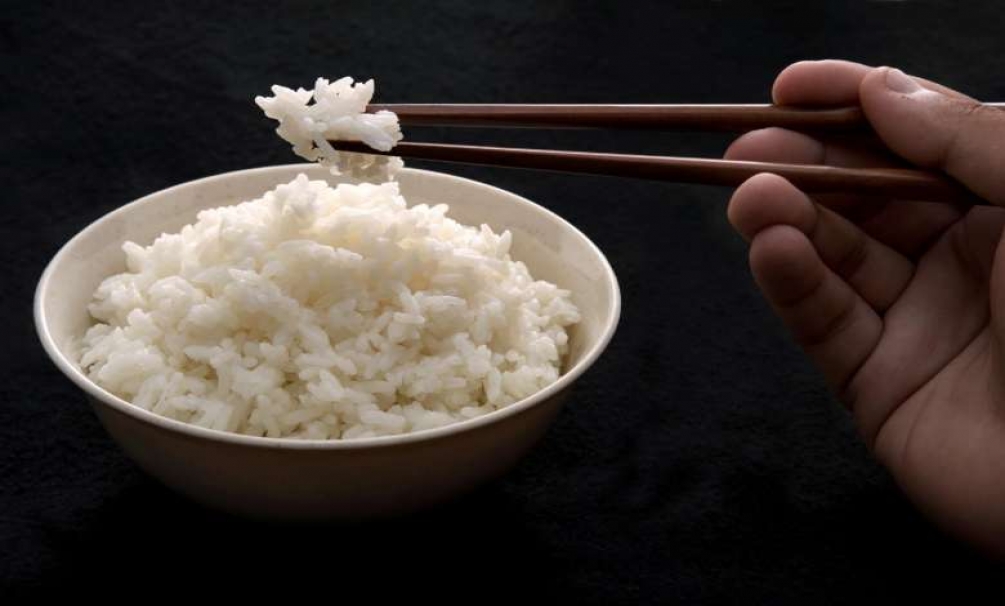 Is rice in close relation to obesity?

The recent statistics showing 39.8% people in America suffering from obesity while only 4.3% of whole population are obese in China. This made researchers look into the difference in diet and food pattern. using data from more than 130 countries concludes that eating more rice might protect against obesity. After controlling a wide range of factors, the team found that the results remained significant. Considering the diet of China, rice is an inevitable staple of their routine and conducting research on the same was initiated which made them different from the food pattern of Western world. Studies show that, countries where people ate an average of at least 150 grams (g) of rice per day had significantly lower rates of obesity than countries where people ate less than the global average amount of rice, around 14 g per day. “A feeling of fullness is imparted by fiber, nutrients, and plant compounds found while consuming whole grains and this might turn out a reason to inhibit overeating”, says Lead researcher Prof. Tomoko Imai. It is also worth pointing out that the researchers have not published these findings in a journal and, therefore, they have not been through a peer-review process. 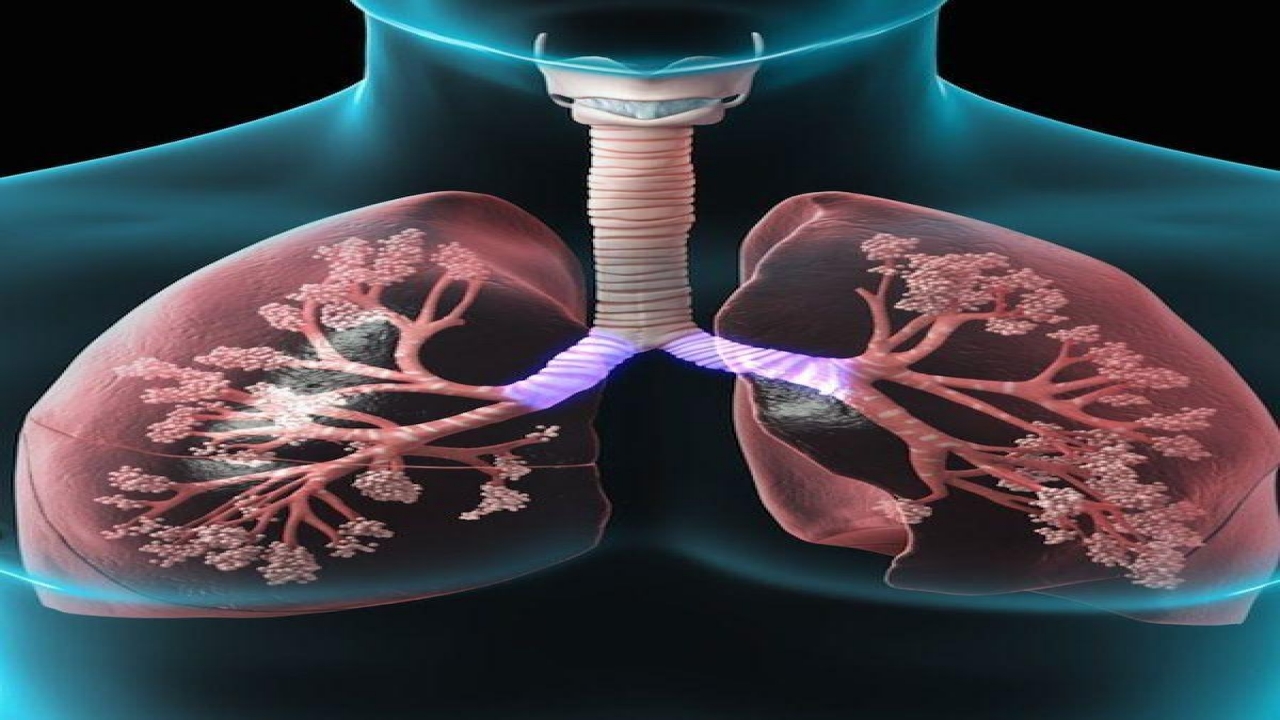 In today’s world, getting your lungs filled with dirt and pollutants are unavoidable. Means of getting dirt in respiratory system are numerous which includes smoking habit, air pollution etc. which can result in adverse health impacts in due course of time. Lung cleansing techniques may benefit people who smoke, people who get regular exposure to air pollution, and those with chronic conditions that affect the respiratory system, such as asthma, chronic obstructive pulmonary disease, and cystic fibrosis. Lungs are normally self-cleansing organs but under exposure to constant pollution, they lose this property. The ways to clear lungs are the following:

Stem cells and their role

Stem cells are those which are not classified under one type of cell, can take the form of any cell and is referred to as “undifferentiated cell” by scientists. Regeneration is one of the key roles that stem cells can perform as they can actively divide and replace dead or damaged cells. Scientists see the potential in stem cells which can replace any damaged tissue. For example, if a person’s heart is not functioning properly, laboratory prepared stem cells can be introduced to replace the damaged tissues in his heart and thus initiate growth of healthy tissues by development of these stem cells. And thus takes place a self-renewal process in the heart. Jeffrey R. Millman, assistant professor of medicine and biomedical engineering at Washington University School of Medicine expects stem cells to be ready for application in human body within a period of 3-5 years. Currently, scientists use stem cells in testing and developing new drugs. The type of stem cells that scientists commonly use for this purpose are called induced pluripotent stem cells and scientists can grow differentiated cells from these pluripotent stem cells to resemble, for instance, cancer cells. Creating these cells means that scientists can use them to test anti-cancer drugs. 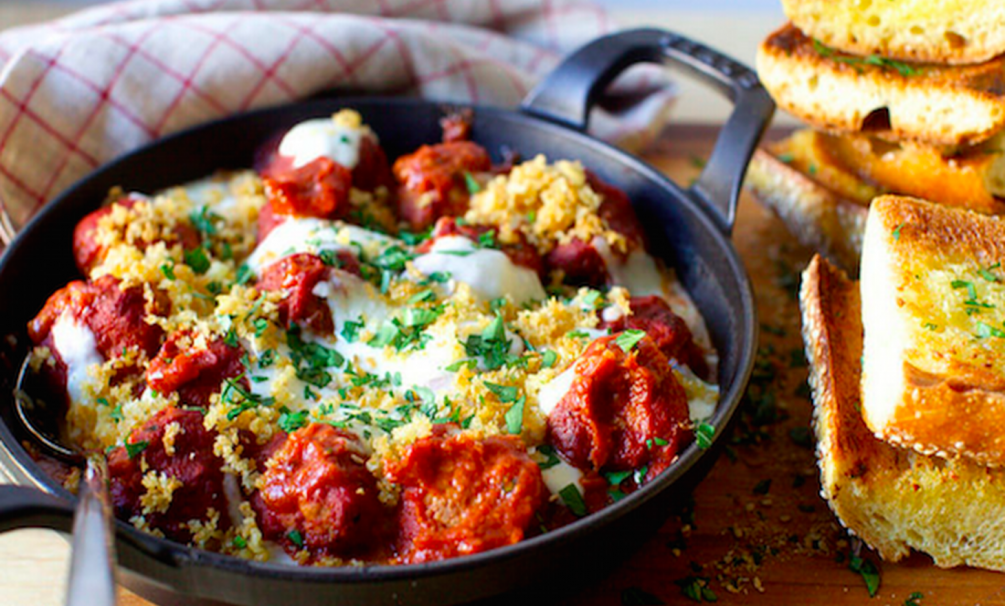 Oral vaccines to prevent Hepatitis B

Most of the developing countries still consider injections an out of their league option as the are harder to store and are expensive. Millions who are infected by Hepatitis B are left unattended due to this cause. This will lead to death of thousands and also children are put to equal risk. Administering oral vaccines to prevent Hepatitis B are looked upon as the best method as they are much cheaper and easier to use. Researchers have been working to produce a drop or powdered form of oral vaccine but developing a sufficiently effective oral hepatitis B vaccine has so far eluded researchers. A major challenge faced by researchers is to protect the vaccine from harshness of our digestive system and to make it reach the targeted body part unadulterated. "Getting rid of needles being poked into the arms of little children is an advantage in and of itself. It also eliminates any need to sterilize needles and possible side effects such as swelling and infection. And, unlike the vaccine in use today, this type of vaccine needn't be refrigerated. As such, costs will be reduced and the vaccine's administration will be eased.", explains one of the main authors, Martin K. Rasmussen, a former student at the Niels Bohr Institute and current doctoral student at DTU. 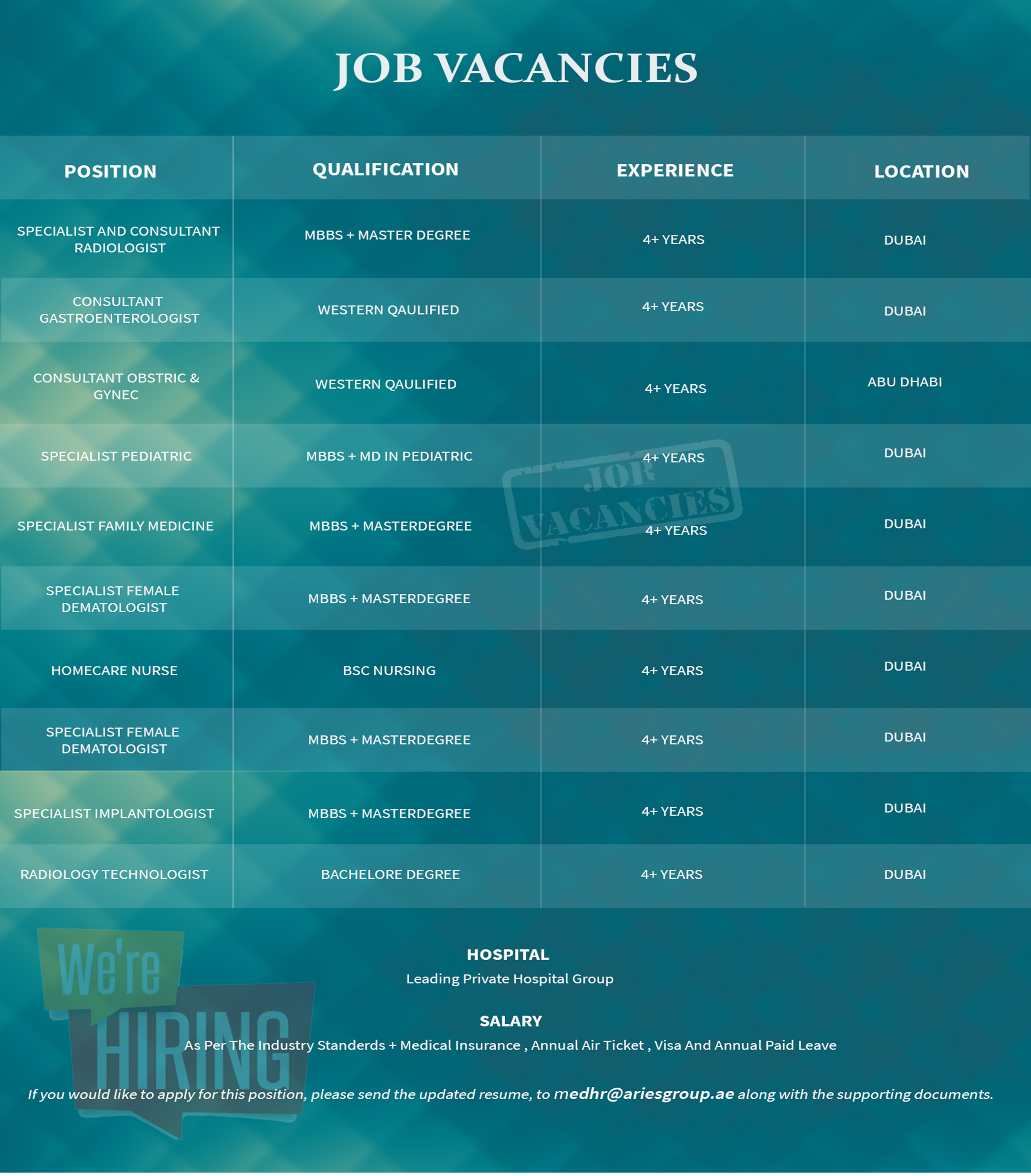 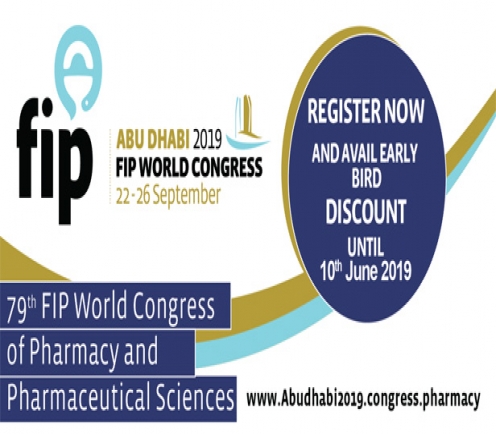 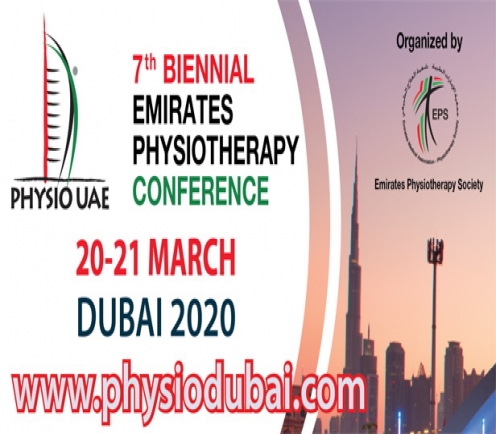