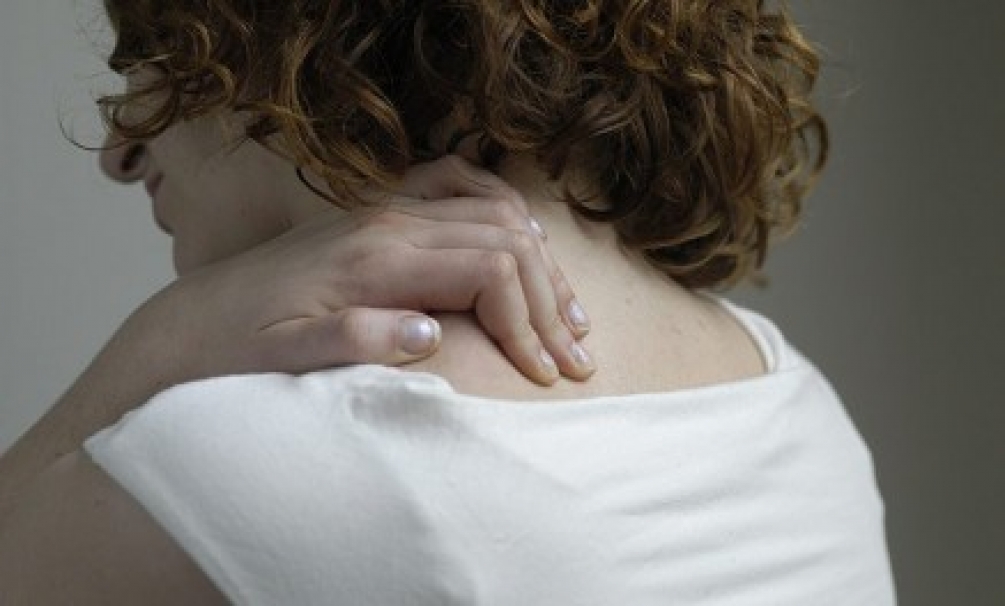 Studies suggest recheck our previous notions on how fast we perceive pain.

Until now, the scientific consensus has been that in humans, the nerve signals that "communicate" touch to the brain are faster than those that relay pain. New research o 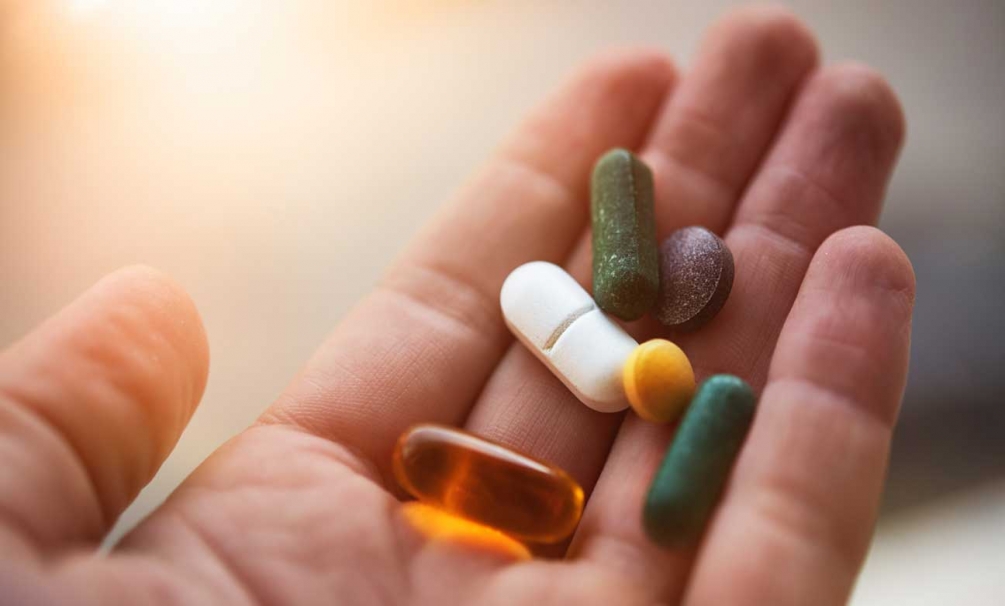 Is the most widely used herbal supplement a real threat?

Kratom, which is a plant-derived supplement, is growing in popularity. A new report provides further evidence of its adverse effects and calls for more research. Historically, manual 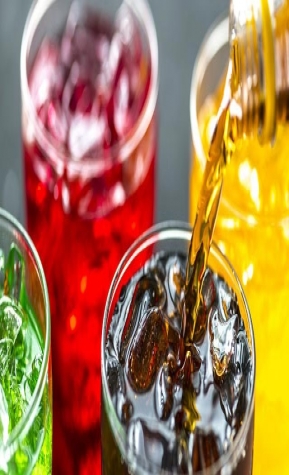 Osteoporosis is the condition in which the bone strength of an individual slowly deteriorates over time making them fragile and susceptible to fracture. A cell mechanism which causes a cell type in the immune system to change into osteoclasts has been found. Osteoclast is a cell which tends to dissolve or resorb bones. It gets initiated when factors including alcohol consumption and smoking are involved and thus raises the risk of osteoporosis. When under stress, the power house of a cell “mitochondria” sends out signals that initiate this process. When this takes place in the mitochondria of macrophages (prolific immune cells that remove cell waste and foreign objects by swallowing and digesting them), the cells are converted into osteoclasts. "We show in this paper that when mitochondrial function is affected, it not only affects energy production but also triggers a type of stress signalling that induces the overproduction of osteoclasts," says senior study author Narayan G. Avadhani. Alongside, factors such as smoking, drinking etc. increases the risk of osteoporosis. In the study, researchers found out a stress signalling pathway and that by triggering the pathway, it can lead macrophages to differentiate into osteoclasts that resorb bone.

Studies suggest recheck our previous notions on how fast we perceive pain.

Until now, the scientific consensus has been that in humans, the nerve signals that "communicate" touch to the brain are faster than those that relay pain. New research overturns the widespread notion that humans, unlike other mammals, process pain more slowly than touch. The findings may have significant implications for the diagnosis and treatment of pain. "The ability to feel pain is vital to our survival, so why should our pain-signaling system be so much slower than the system used for touch and so much slower than it could be?" explains Saad Nagi, a principal research engineer in the Department of Clinical and Experimental Medicine," The study revealed that 12% of the neurons with a thick myelin coat had the same properties as nociceptors, in that they could detect and convey "noxious stimuli," such as coarse brush stroking or pinching. Nagi's team hypothesized that losing myelinated nerve fibers would also affect the newly discovered superfast network of nociceptors. The researchers found that these individuals could not experience mechanical pain. The findings, explain the scientists, may help doctors diagnose pain-related conditions and provide better care for people who experience this symptom.

Is the most widely used herbal supplement a real threat?

Kratom, which is a plant-derived supplement, is growing in popularity. A new report provides further evidence of its adverse effects and calls for more research. Historically, manual laborers in Southeast Asia have used the compound — either chewing the leaves or making them into tea — to soothe aches and pains and boost energy levels. It is most commonly available in the form of a green powdered supplement. Although manufacturers market kratom extract as safe and natural, it is far from inert. Scientists have carried out limited studies on its effects, but it appears to act as a stimulant at lower doses and has a sedative effect at higher doses. Over recent years, usage in the U.S. has increased sharply. The researchers took data from between January 1, 2011, and July 31, 2018. In total, they identified 2,312 reports that mentioned kratom exposure. The data describe a worrying trend: In the whole of 2011, there were 18 exposures, but, in just the first 7 months of 2018, there were 357 exposures. More than half of the events (56.5%) involved taking kratom as a powder, capsule, or tablet, with 86.2% of users taking kratom orally. In four cases, the reports listed kratom as either a contributing factor or a cause of death. In two of these cases, the reports identified kratom alone; in the other two cases, additional compounds played a role. Although kratom is less potent than other opioids, it can still have significant negative effects on the body. "In larger doses, it can cause slowed breathing and sedation, meaning that patients can develop the same toxicity they would if using another opioid product. It is also reported to cause seizures and liver toxicity." Says, lead author Prof. William Eggleston. 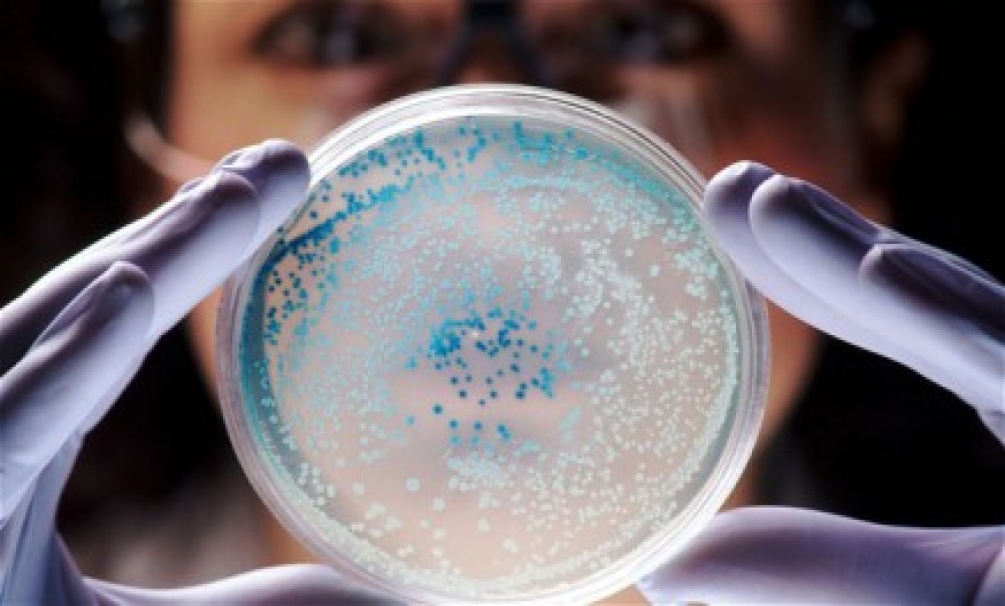 How to program bacteria against cancer?

Some tumors thrive and spread because their cells send out a "don't eat me" signal that makes the immune system leave them alone. Now, scientists from Columbia University in the city of New York have shown that it is possible to program bacteria to switch off the don't eat me signal and induce an anti-tumor immune response. Cells that send don't eat me signals are common not only in tumors but also in healthy tissue. This presents a challenge to developers of immunotherapies that target the signal. The team suggests that the treatment works because it does two things. First, the presence of live bacteria induces local inflammation in the tumor. This summons the immune system. The second thing that the treatment does is trigger immune cells, such as macrophages, to ingest the tumor cells because it switches off their CD47 don't eat me signal. In turn, this immune response primes "tumor-infiltrating T cells" that then migrate to distant metastases. "Thus, engineered bacteria may be used for safe and local delivery of immunotherapeutic payloads leading to systemic anti-tumor immunity.", explain researchers. 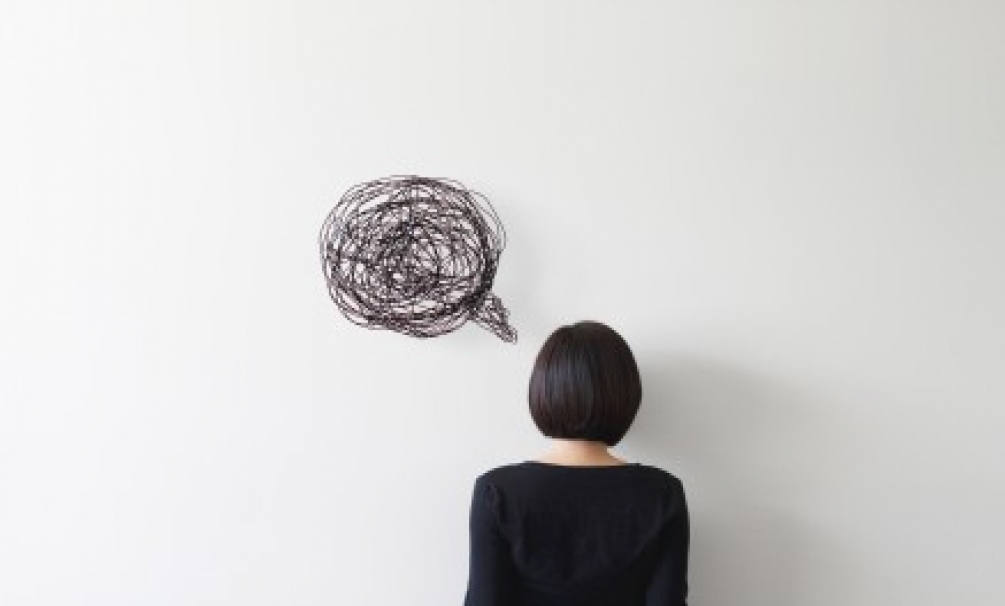 What goes on in the brain when boredom strikes

On average, adults in the United States experience 131 days of boredom per year — at least that is what a recent commercial survey suggests. In people who are prone to boredom, this state can negatively affect their mental health. So, what happens in the brain when we get bored, and how can this help us find ways of dealing with boredom? A new study investigates. One way or the other, boredom is something we all have experienced repeatedly throughout our lives, and according to some research, it seems that animals might share this experience with us, too. "Everybody experiences boredom," says Sammy Perone, who is an assistant professor at Washington State University in Pullman. However, he adds, "some people experience it a lot, which is unhealthy." In assessing the brain wave "maps" obtained via the EEGs, the researchers looked specifically at activity levels in the right frontal and left frontal areas of the brain. That was because these two regions become active for different reasons. The left frontal part, the researchers explain, becomes more active when an individual is looking for stimulation or distraction from a situation by thinking about something different. The researchers found that participants who had reported being more prone to boredom on a daily basis displayed more activity in the right frontal brain area during the repetitive task, as they became increasingly bored. "We found that the people who are good at coping with boredom in everyday life, based on the surveys, shifted more toward the left. Those that don't cope as well in everyday life shifted more right.", says Sammy Perone. 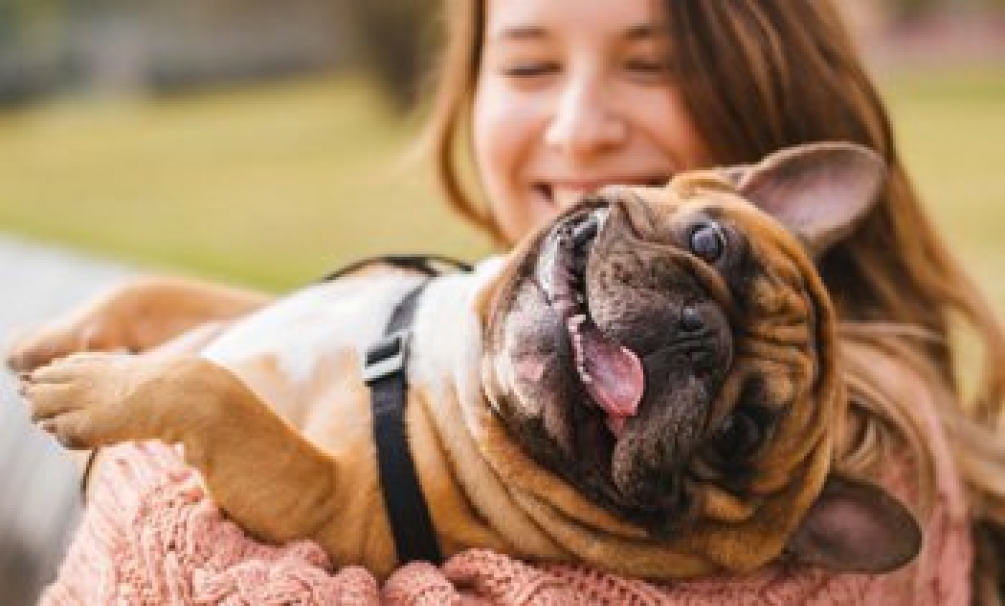 Pet owners have long known or rather, have felt that spending time with their beloved animal companion lowers stress and improves mood. In fact, a review concluded that pets should be part of patient care plans because of their valuable contribution to people's mental health and well-being. Now, new research adds more scientific credibility to these claims examining how interacting with pets affects cortisol levels among college students. "Students in the study that interacted with cats and dogs had a significant reduction in cortisol, a major stress hormone. What we wanted to learn was whether this exposure would help students reduce their stress in a less subjective way. And it did, which is exciting because the reduction of stress hormones may, over time, have significant benefits for physical and mental health." Says, Patricia Pendry. Overall, the analysis revealed that the students who interacted with the animals had significantly lower cortisol levels after the intervention. These effects occurred regardless of whether the participants' initial cortisol levels were very high or very low at the start of the study. 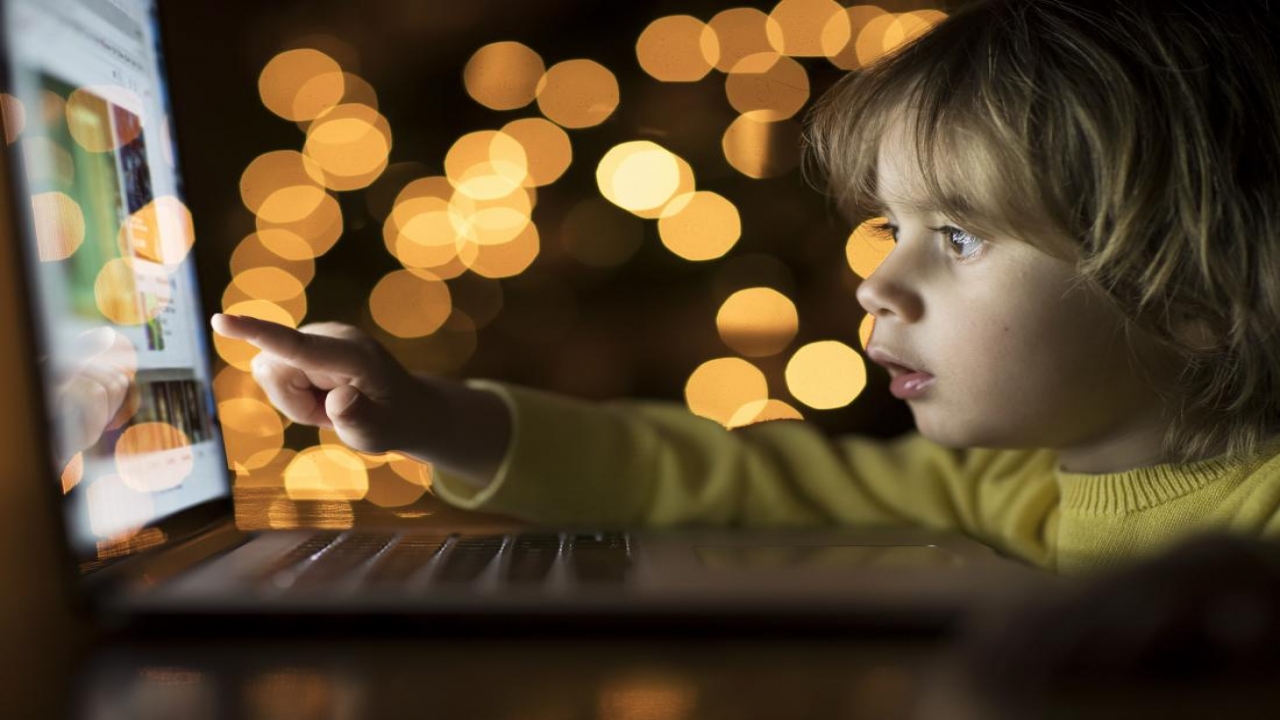 An early diagnosis, the researchers explain, could help individuals identify methods of coping with autism symptoms that could affect their well-being from a young age, and this could ensure a better quality of life going forward. The current methods of diagnosing autism in children use questionnaires and psychologist evaluations. However, these methods can be stressful for those at a young age. New research now suggests an easy, more stress-free test that simply tracks the gaze. Studies were conducted on the same. The investigators argue that as a method of assessing for autism traits, a "gaze test" would be much less stressful for a young child than the current diagnostic preferences. "It is much easier for children to just look at something, like the animated face of a dog, than to fill out a questionnaire or be evaluated by a psychologist," says study co-author Prof. Anita Layton. "Also, the challenge many psychologists face is that sometimes behaviors deteriorate over time, so the child might not display signs of autism, but then a few years later, something starts showing up," Prof. Layton adds. This new diagnostic method, the researcher argues, is more reliable than traditional tests." Our technique is not just about behavior or whether a child is focusing on the mouth or eyes. It's about how a child looks at everything" says, Prof. Anita Layton. 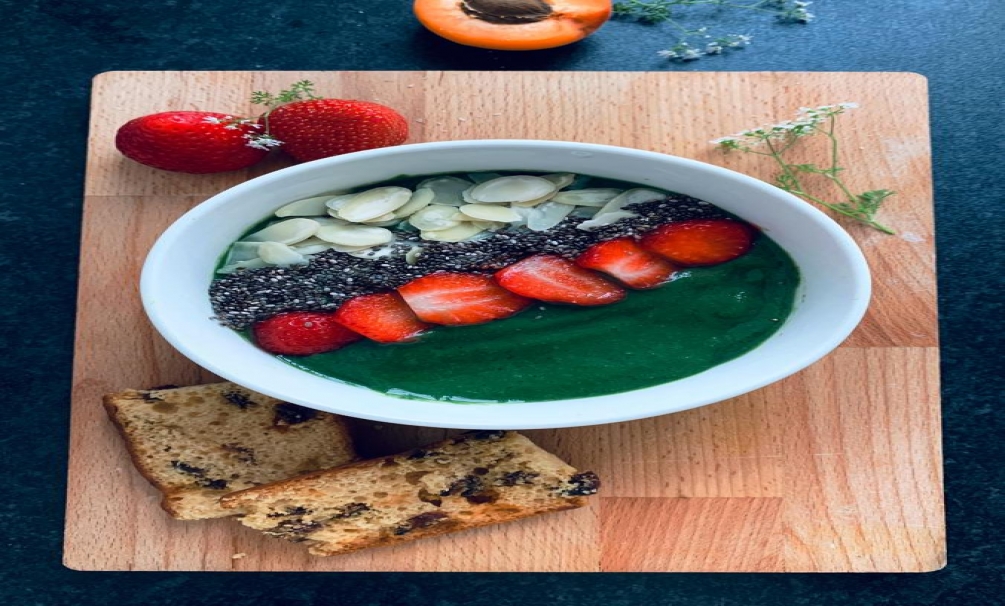 *Green spirulina is a cynobacteria which has high
protien and vitamin content. It is antioxidant and
improves immune system. Excellent dietary
supplement for vegetarian and vegan diets.

Blend and freeze or enjoy right away. 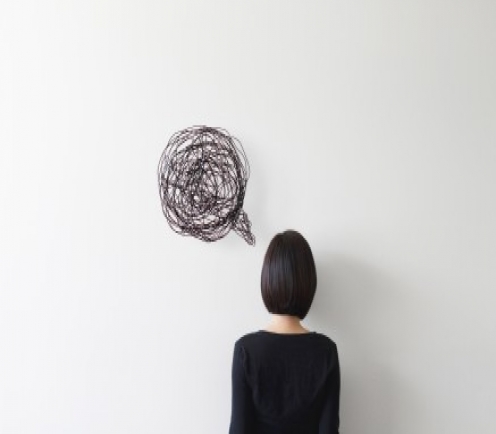 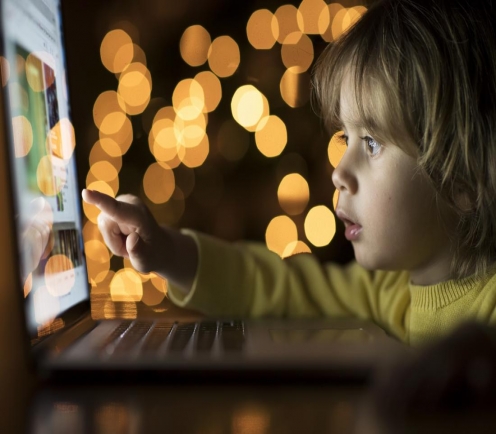 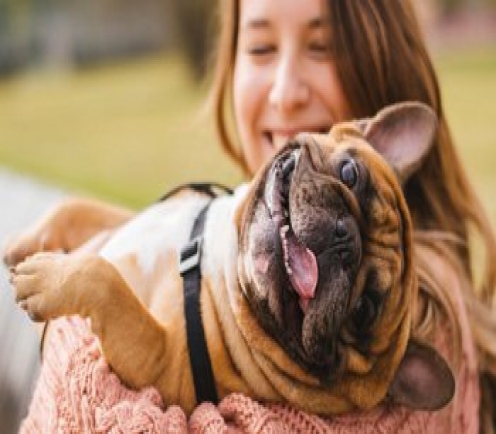