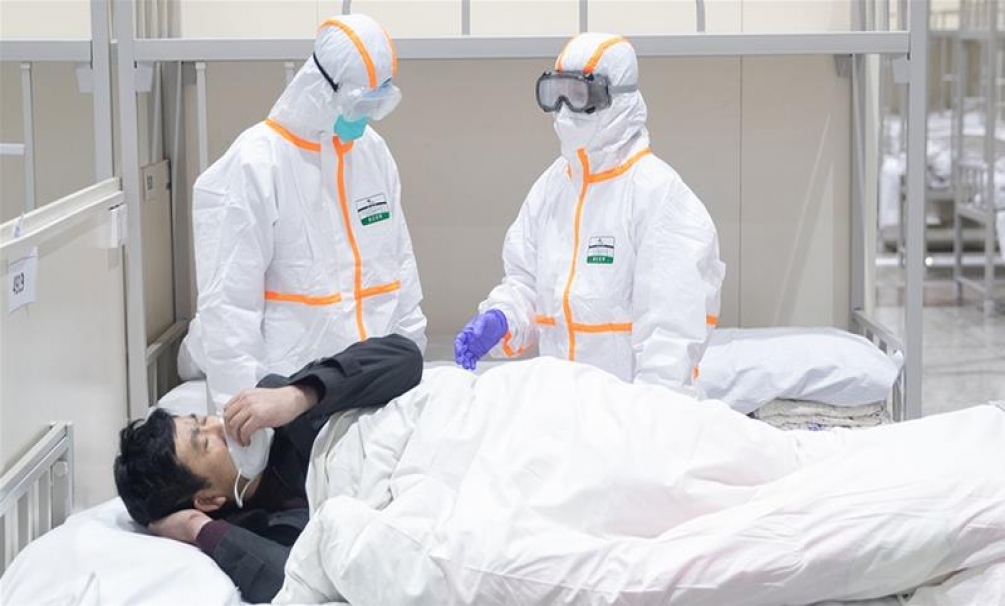 The new coronavirus was not man-made, study shows

New research finds that SARS-CoV-2, the new coronavirus that causes COVID-19, is the result of the natural process of evolution rather than a product of laboratory engineering. The

An idea that has been doing the rounds on social media suggests that certain heart and kidney medications make people more susceptible to COVID-19. A new commentary strongly disputes this. The commentary warns that discontinuing these hypertension and kidney medications would seriously endanger the health of those taking the drugs for high blood pressure, congestive heart failure, and chronic kidney disease. A. H. Jan Danser, from the Department of Internal Medicine at the Erasmus Medical Centre in Rotterdam, The Netherlands, is the first author of the commentary, which appears in Hypertension, a journal of the American Heart Association (AHA). As Danser and colleagues explain in their paper, the idea that some heart and kidney medications may raise the risk of complications and death from a SARS-CoV-2 infection arose when it became known that the angiotensin- converting enzyme 2 (ACE2) receptor facilitates the entry of the virus into healthy cells. Firstly, they explain, Part of the confusion in social media and the public in general stands because, at times, ACE inhibitors are confused with ACE2 inhibitors. The two are different enzymes with different active sites and the effect of ACE inhibitors on ACE2 activity is unlikely to affect the binding of the SARS-CoV-2 virus, explain Danser and colleagues. Secondly, however, the authors do note some limited reports in animal models that suggest ARBs may affect ACE2 activity in the heart and kidney, but these results are diverse, they vary by ARB and organ, and required very high doses of the drug. Even if the reported upregulation of tissue ACE2 by ARBs in animal studies and, generally, with high doses could be extrapolated to humans, this would not establish that it is sufficient to facilitate SARS- CoV-2 entry, they write. Having reviewed more than 29 studies, the authors stress their conclusion: the findings are inconsistent.
(Credits: www.medicalnewstoday.com)

The new coronavirus was not man-made, study shows

New research finds that SARS-CoV-2, the new coronavirus that causes COVID-19, is the result of the natural process of evolution rather than a product of laboratory engineering. The new study appears in the journal Nature Medicine, and Kristian Andersen, Ph.D., an associate professor of immunology and microbiology at the Scripps Research Institute in La Jolla, CA, is the first and corresponding author on the paper. Andersen and colleagues set out to see what they could deduce about the origin of the new coronavirus from analyzing the genomic data available. As the authors mention in their paper, since the start of the COVID-19 outbreak, researchers have been trying to grapple with the origins of the virus that caused it. Initially, experts linked the virus to the seafood market in Wuhan, China, while later study papers suggested that the virus may have spread to humans from illegally trafficked mammals called pangolins. To evaluate the origin of the new virus, the researchers compared the backbone of SARS-CoV-2 with that of other viruses that commonly affect bats and pangolins. They did so using the genetic sequencing data that Chinese scientists made available. Andersen and his team also looked at spike proteins features that coronaviruses use to bind to the membrane of the human or animal cells that they infect. Josie Golding, Ph.D., who is the epidemics lead at the Welcome Trust, a research charity based in London, United Kingdom, did not participate in the study but comments on its significance. She says the findings are crucially important to bring an evidence-based view to the rumours that have been circulating about the origins of the virus (SARS-CoV-2) causing COVID-19.The authors conclude that the virus is the product of natural evolution, Goulding adds, ending any speculation about deliberate genetic engineering. Furthermore, the researchers explain that their results have implications for two possible scenarios that could explain how the virus originated. One scenario, they say, is that the virus evolved to become pathogenic in an animal and then jumped to humans. This would be in line with how other coronaviruses, such as SARS and MERS, originated. For the new coronavirus, the authors suggest that bats are the most likely carrier, as SARS-CoV-2 is very similar to a bat coronavirus. Other experts have supported this theory, too. Andersen and colleagues also suggest that it is likely that another intermediate animal host transmitted the virus from bats to humans. This hypothesis also explains why the virus spread so fast it suggests that the two distinctive features of SARS-CoV-2 spike proteins would have made it able to wreak havoc before entering humans. In this scenario, the probability of future outbreaks is higher, as the pathogenic strain of the virus would still be circulating in animals and could jump back into humans at any point. In the second scenario, the virus is non-pathogenic in animals but jumped into humans and evolved into a disease-causing strain there. This scenario supports the theory that places pangolins at the start of the outbreak because the spike proteins of some coronaviruses from pangolins have a very similar RBD structure to that of SARS-CoV-2. However, the authors caution that it is impossible to tell which scenario is more likely to be true at this point. (Credits: www.medicalnewstoday.com) 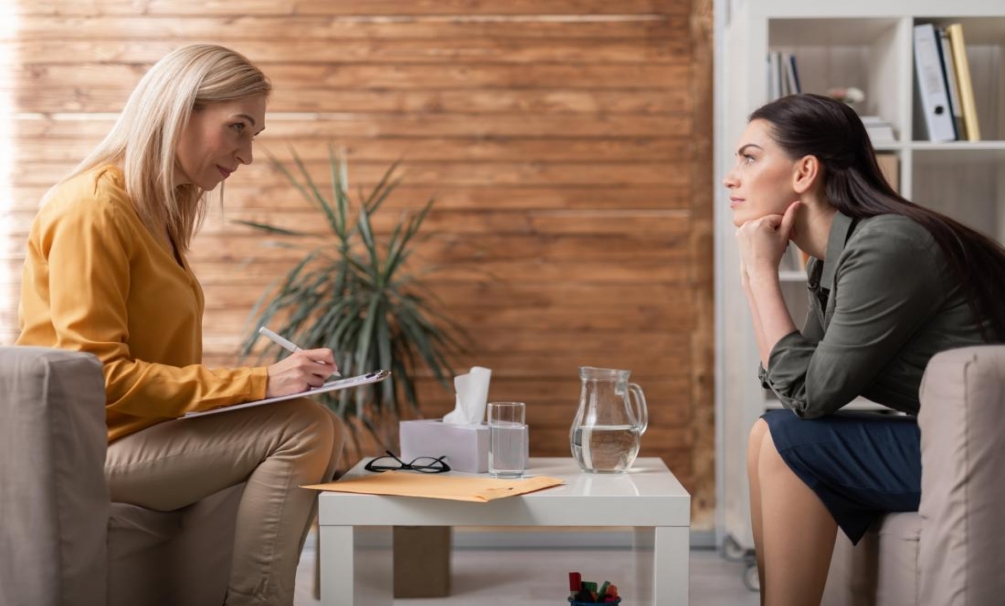 Ending the cycle of negative thought rumination is the premise of a depression treatment called metacognitive therapy. New findings suggest that it may be more beneficial in stopping depression relapse than other more commonly used methods. Depression is a huge global health issue. As the leading cause of disability in the United States for those between the ages of 15 and 44 years, it has a significant effect on individuals and society as a whole. With more than 300 million people currently living with depression, finding a long lasting treatment is vital. Unfortunately, relapses are common. Treatments, which include cognitive behavioral therapy (CBT) and medication, can work well in the short term, but many people's symptoms returnTrusted Source either within a few months or later on in life. In fact, only about 30% of people with depression have not relapsed 18 months after the end of their treatment. The findings of the new study, which features in Frontiers in Psychology, provide early evidence of the benefits of metacognitive therapy.
(Credits: www.medicalnewstoday.com 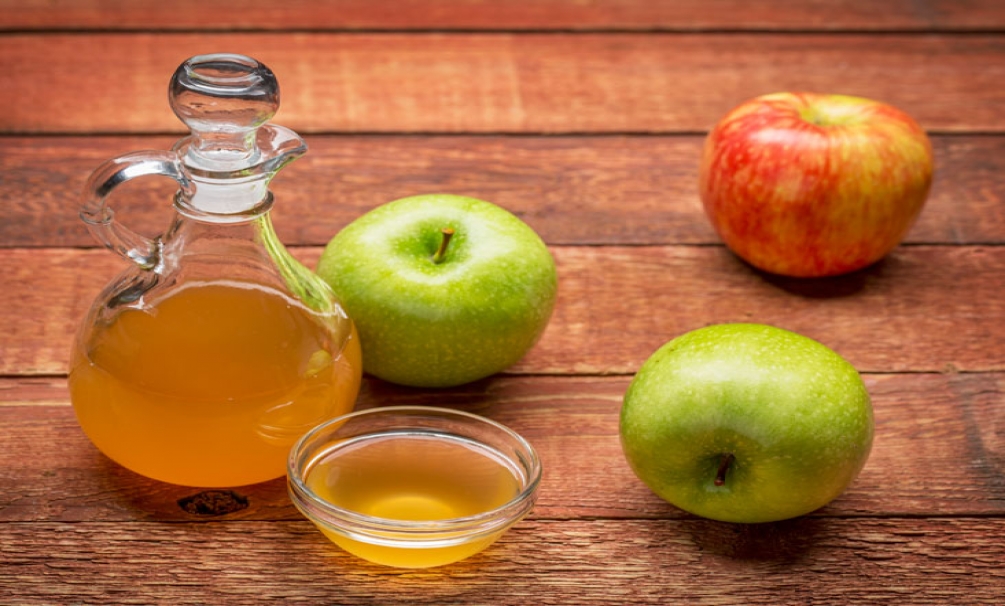 Is apple cider vinegar a home remedy for cold?

Apple cider vinegar derives from apple cider that manufacturers ferment in order to remove the alcohol. Many people believe that it contains a range of compounds that may benefit a person’s health. Even though there is no scientific proof that apple cider vinegar is an effective treatment for colds, its antimicrobial qualities may help to ease cold symptoms in some people. If a person has a cold and prefers to use a natural remedy rather than medication, they could try using apple cider vinegar to see if it eases their symptoms. According to Harvard Health Publishing, there may be some side effects of consuming apple cider vinegar, including:
* Damage to the tooth enamel
* Reduction of potassium levels
* Alterations to insulin levels
As well as being a popular remedy for symptoms associated with a cold, apple cider vinegar may also help other conditions, such as obesity and denture stomatitis, which is inflammation in the gums due to wearing dentures.
(Credits: www.medicalnewstoday.com)