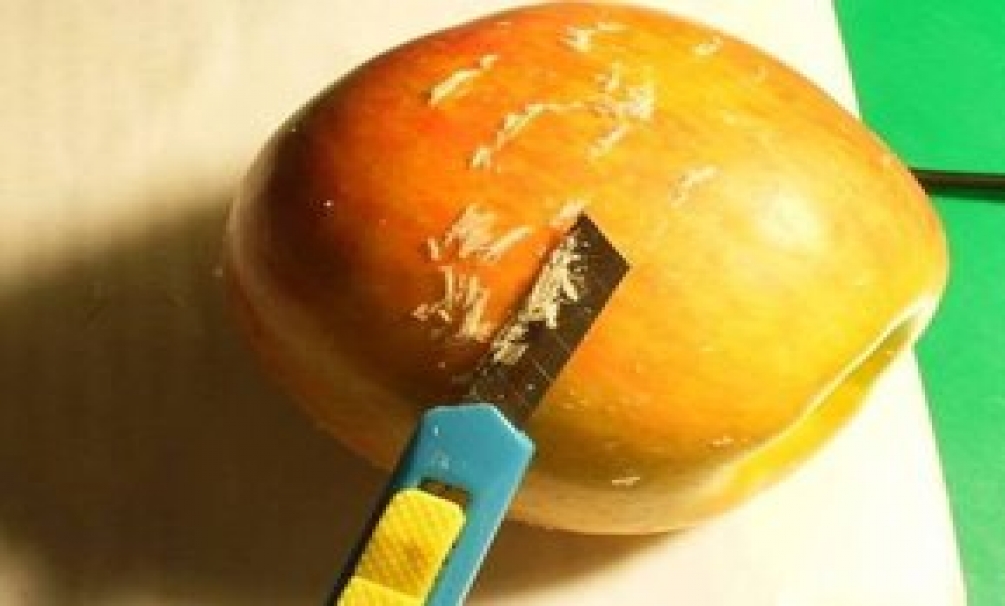 Will "waxed Apple" keep the doctor away?

Apple is assumed as an essential fruit to be ate everyday.But now a days people are reluctant to have this fruit,following the news on wax coatings in Apple.Majority of Apple produ 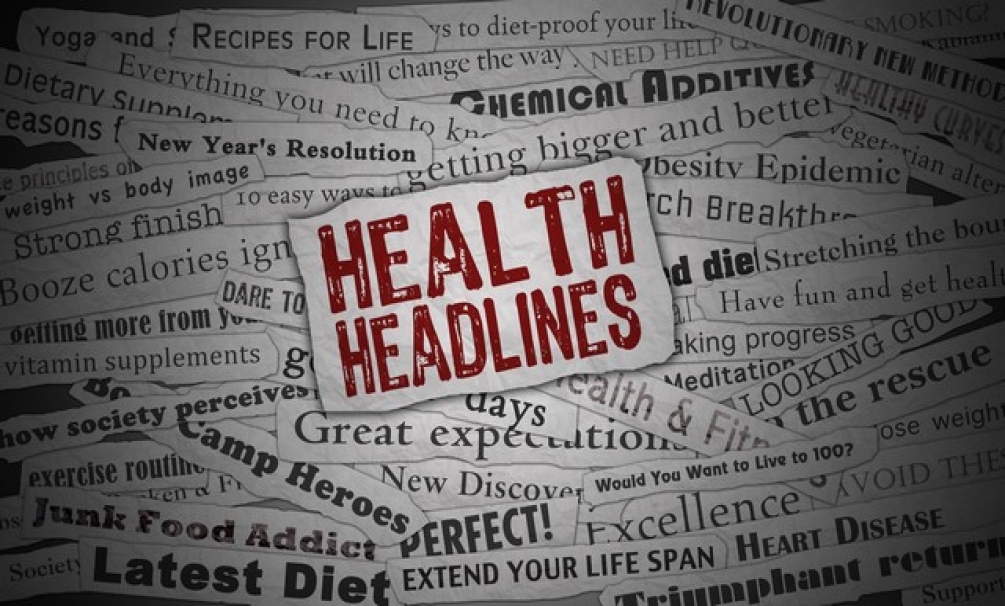 Abu Dhabi court awards Dh60,000 to woman left with burns after medical blunder A woman has been awarded Dh60,000 in compensation after a medical error during a caesarean section left 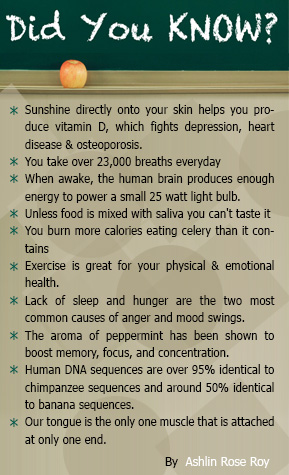 Recently a health Journal published the story of a 12 year old girl Najla from Gaza strip, who is one among the 'fortunate ' survivors of the Gaza War. She was examined by a Psychologist for behavioral problems and recurring abdominal pains: "Najla witnessed a range of traumatic events, such as the beating and killing of a friend, the shooting of a close relative, her father's arrest and imprisonment for 2 years, the arrest of another friend, tear gas inhalation, closure and demolition of a friend's home." The children who are destined to live in the deadliest period in Gaza are facing  serious illnesses both physically and mentally. “Most of them have symptoms of PSTD [Post traumatic stress disorder ] “experts says.Another major issue is that this is not confined to the nearly eight lakh children community of Gaza ,but to the millions of children who watch the horror of war and mutilated bodies on television. As UN reports,”Gaza is now a land ,where an estimated 460,000 people have been displaced and are now living in overcrowded conditions in schools, with relatives or in makeshift shelters. This, coupled with lack of inadequate water and sanitation, poses serious risks of outbreak of water­borne and communicable diseases.”

No ceasefire can cure the wounds of Gaza.

Will "waxed Apple" keep the doctor away?

Apple is assumed as an essential fruit to be ate everyday.But now a days people are reluctant to have this fruit,following the news on wax coatings in Apple.Majority of Apple producers apply edible wax on apple to avoid loss of weight and to maintain firmness and juiciness.But a few apply petroleum waxes,which are toxic.Though apple is a fruit with a natural wax coating,precautions should be taken to avoid health risks.If you get a whitish powder ,when you rub an apple in your palm, you can confirm the apple is natural.Identify a waxed apple by slightly scratching it, you can peel off a thin layer of wax.Before having an apple, it is advisable to wash the apples in luke warm water or wipe using a paper towel with a drop of vinegar.

Abu Dhabi court awards Dh60,000 to woman left with burns after medical blunder
A woman has been awarded Dh60,000 in compensation after a medical error during a caesarean section left her with burns to her leg. The incident happened in July 2010 at Abu Dhabi’s NMC Specialty Hospital while the woman was giving birth to twins.

Dubai based Filipina seeks help to pay for breast cancer treatment
About 18 months ago Josefina Abaya found a hard, painful lump in her breast. She has had to deal not only with the life­changing diagnosis of breast cancer — and consequently a mastectomy — but also a battle to pay for follow­up care that insurance does not cover. 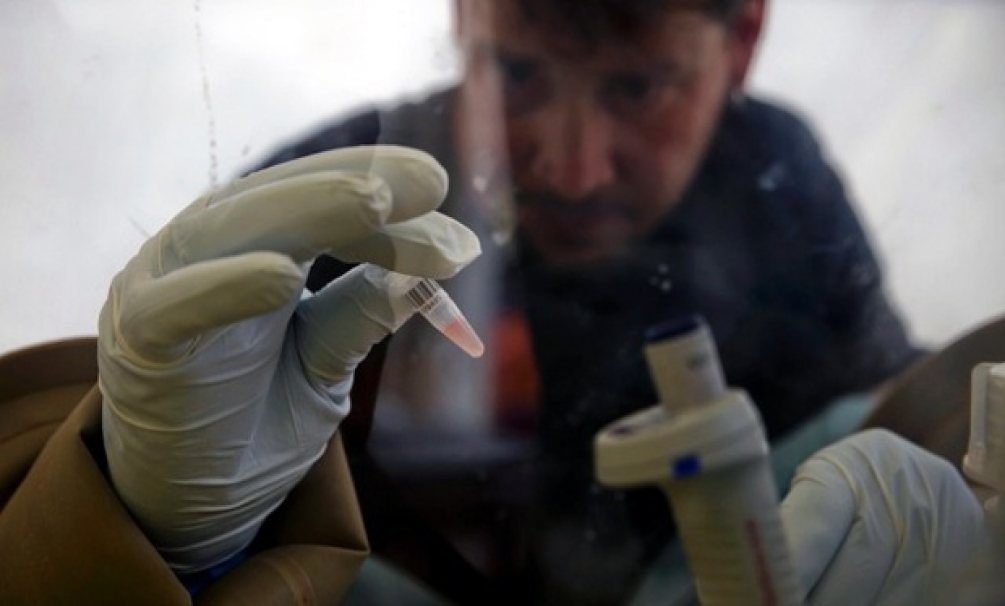 Recently scientist claim to discover a vaccine that prevents the notorious Ebola virus which was made headlines by the acts of ruination in the western part of Africa. Ebola Virus Disease (EVD), formerly known as Ebola hemorrhagic fever, is a severe, often fatal illness in humans. This virus seemed to be transmitted to people from wild animals and spreads in the human population through human-to-human transmission. Symptoms of EVD are characterized by the sudden onset of fever, intense weakness, muscle pain, headache and sore throat. This is followed by vomiting, diarrhea, rashes, impaired kidney and liver function, and in some cases, both internal and external bleeding. Laboratory findings include low white blood cell and platelet counts and elevated liver enzymes.

The deadly Ebola first appeared in 1976 in two simultaneous outbreaks in the Western parts of Africa.Earlier there were no licensed vaccines for EVD. Several vaccines are being tested, but none are available for clinical use. Severely ill patients require intensive supportive care. Patients are frequently dehydrated and require oral rehydration with solutions containing electrolytes or intravenous fluids.Close physical contact with Ebola patients should be avoided. Human-to-human transmission of the Ebola virus is primarily associated with direct or indirect contact with blood and body fluids. 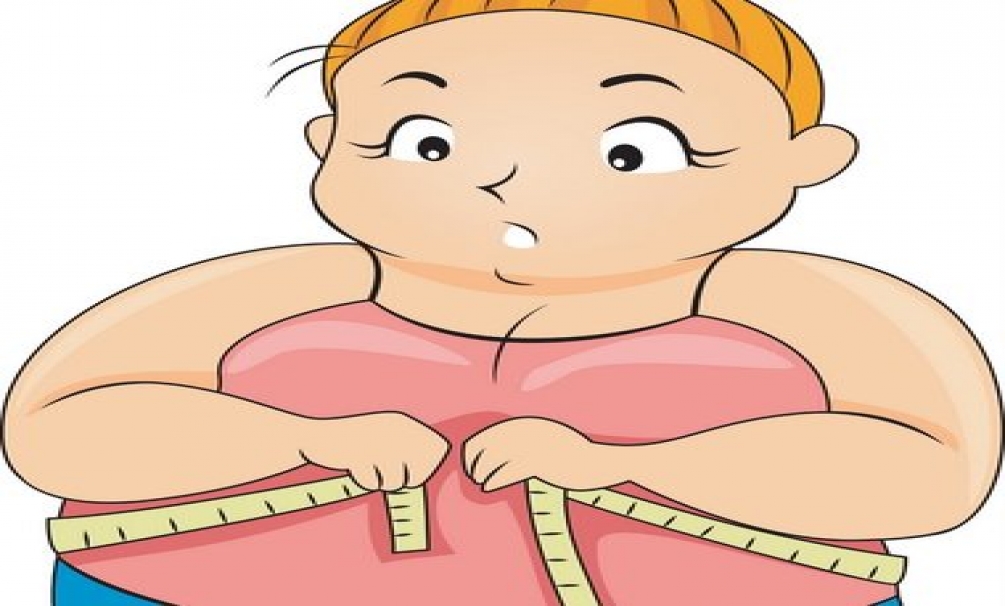 Still you are not losing weight??? The answer is here...

Dieting... Most of us are doing this to reduce our body weight .Some are still obese even though they are dieting. It is all because of some common mistakes they make. Here are some of them. 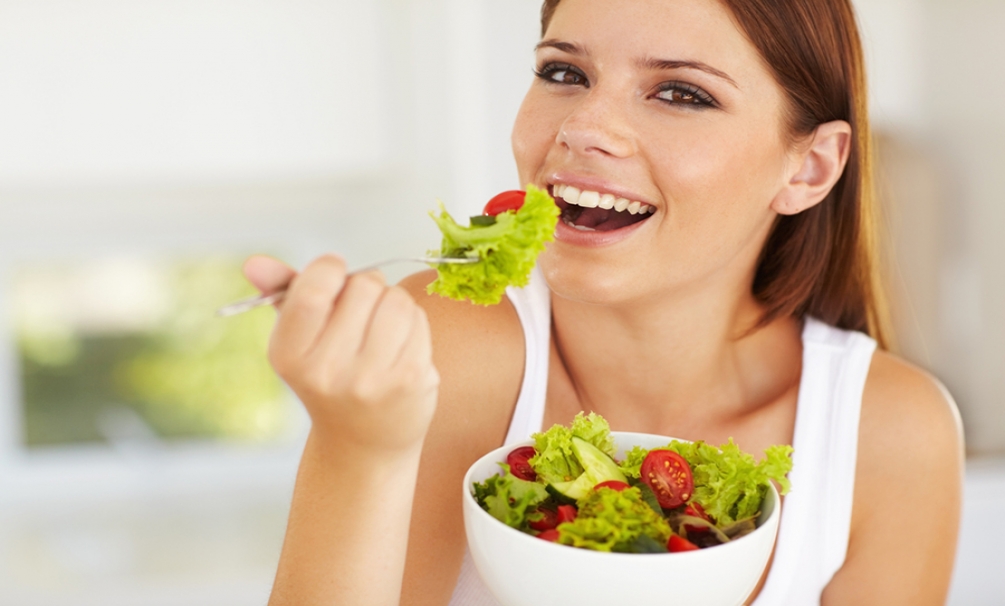 We are what we EAT!!

The physical, mental and social well­being of a person is called as health. Food is the raw material from which our body­ the blood, bone and muscle is made. When the right quantity and quality of food is not consumed it would result in malnutrition and ill health. The major functions of food are social, physiological, psychological, body building, energy yielding, and regulation. Thus, one of the most important functions of food is that of building the body. In addition to body building it also provides energy. Energy is required to carry out different activities including professional, household and recreational. The third physiological function of food is to regulate the activities of the body such as beating of heart, muscle contraction, control of water balance, clotting of blood, removal of waste products etc. 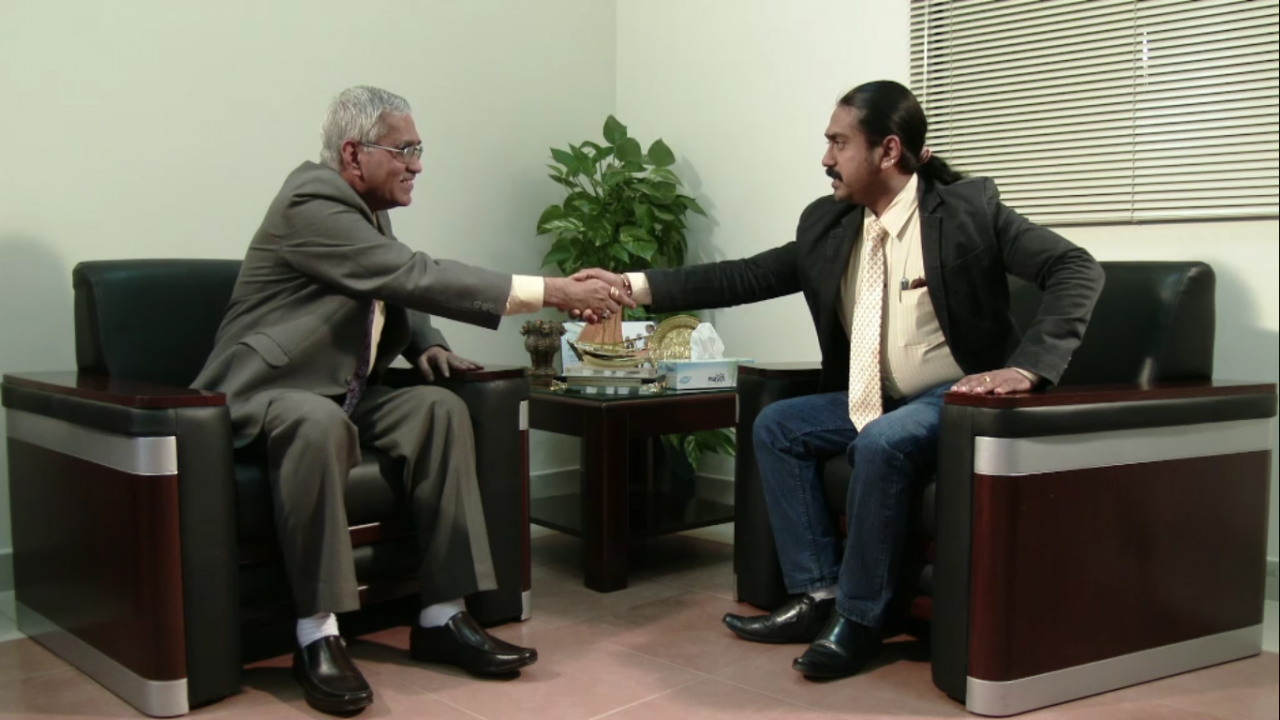 Success is not a destination, there is no full stop. It is a continuous journey. When one goal is fulfilled, you will have another goal and with a strong willpower and hard work, achievement is in one's hand, says Dr Rao in his interview with the Medi BizTv . He also briefed more about RAK Medical and Health University,the first Comprehensive Medical Sciences University of UAE. 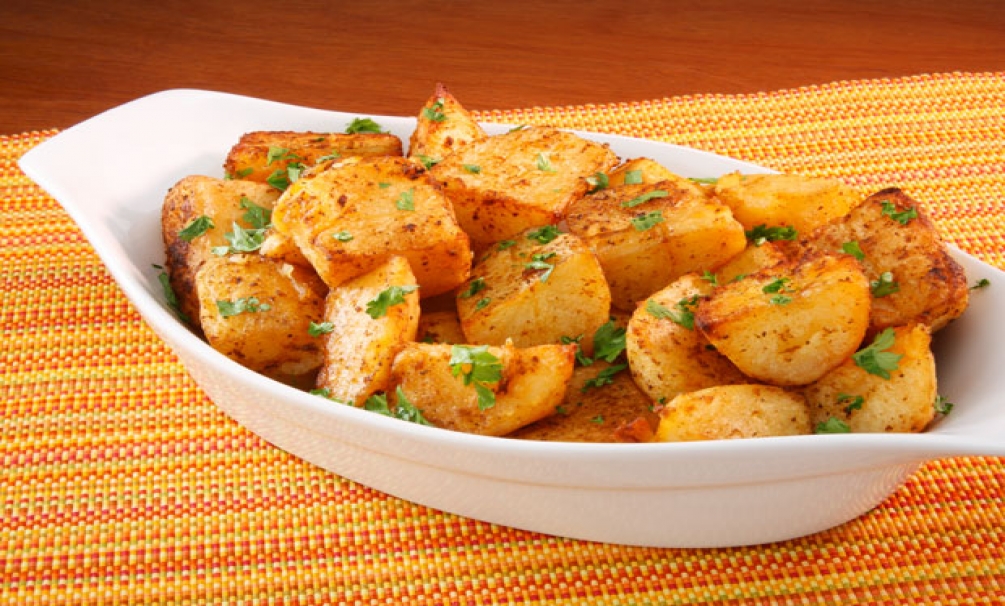 Coat the potatoes evenly with this mixture.

Place potatoes on a roasting pan or baking sheet.

Roast in preheated oven for 20 to 30 minutes, until potatoes are brown on all sides. 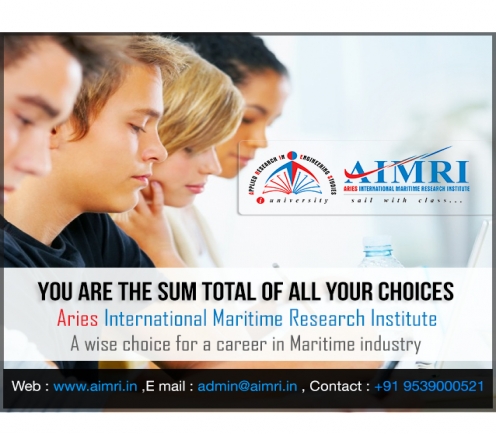 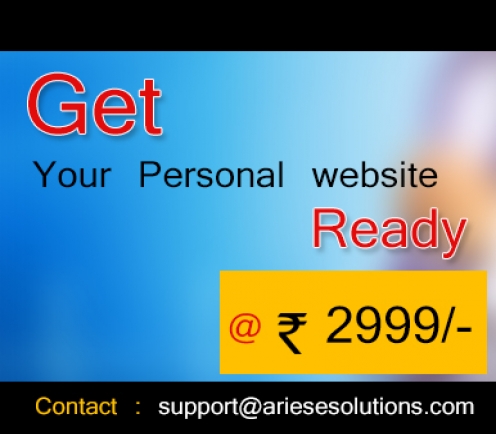